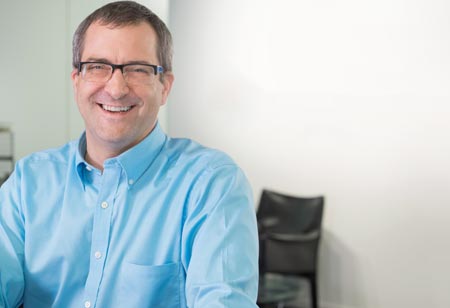 We live in a wired world saturated 24/7/365 with news, videos, music, social media, and more right in the palm of our hand. Companies bombard customers with advertising, messages, and random thoughts in all formats–some direct, others subliminal. However, one major problem with this communication approach (among many) is that people are less likely to relate to the world around them on a more interactive personal level when they are buried in their devices. The solution for people, to experience where they are, could be mediated architecture.

Having spent a large portion of my career in architecture, entertainment, and technology, I have witnessed my fellow architects spend months, if not years, designing interesting spaces for people to live, work, and play. And as an entertainment professional and technology designer, I spend my time creating new ways for people to be in a connected world in unique environments.

The recent pandemic has shown us that, even though people could not gather at a venue or movie theater to be entertained, they still craved that interaction with others in an “almost there” experience.

Immersive Experiences The explosion of digital signage, color-scrolling LED lighting, and projection offers an affordable way for companies to communicate with their customers by adding movement and sound. Like moths to the proverbial bug zapper–a person’s eyes naturally travel to the light (or video monitor/projection screen). Taking that concept to the next step, and using the building or interior walls as the surface for the media instead of a monitor or projection screen, enhances the experience. Theme parks and museums around the world have been using this technique for decades, and it is quickly moving mainstream. Times Square in New York City is probably the most iconic example of this saturation of media Another example of this type of communication is in the music industry. Independent music groups can lay tracks for their own album and film their own music video for little cost, while they leverage social media, connecting directly with fans about their every move. But what if that band could stream that creative process or a live concert right to the wall of inside a house, a venue, or the exterior of a building when the audience is half-way around the world? Audience members watching in their living rooms or other off-site venues could interact with other locations around the globe, as well as the musicians in real-time. This technology presents massive branding, marketing, and data collection opportunities. Technology giants are hard at work to make transporting the data over 5G networks in high definition, a seamless effort. And fast improvements in augmented and virtual reality allow for this type of remote interaction at a relatively low entry point for cost. Thoughtfully integrating technology into architecture allows this level of immersion to happen. The recent pandemic has shown us that, even though people could not gather at a venue or movie theater to be entertained, they still craved that interaction with others in an “almost there” experience. Ideas are being developed to localize content on a personal level at any location without having to gather in enclosed spaces. 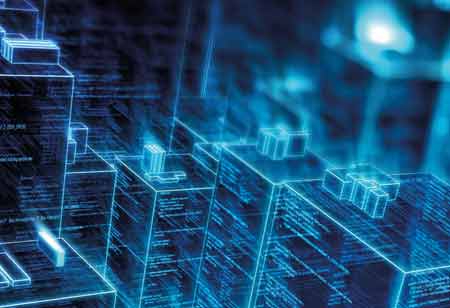 So, what does this mean for how designers and clients approach the built environment? It means that architects, clients, and technology designers should collaborate from the beginning. Technology is no longer just window dressing. Corporations want and need to deliver active content and context of their brand down to the individual level. Their bottom line depends on it. The collaboration between technology designers and architects will help to shape the space, material choices, content development, and essentials for the technology to pull off the seamless integration of the new built environment. Technology designers must come with a free and open mind as to how to accomplish the end game. Their role will be to help ground what is possible with current technology without being afraid to challenge the manufacturers to push the limits of what is possible. And the client must be willing to take a leap of faith and think beyond the device in their hand. Raymond Kent is a multiple awardwinning industry thought leader and Principal with DLR Group and founder of DLR Group’s Innovative Technology Design Group which specializes in technology ecospheres for the performing and cultural arts, healthcare, Government, higher education, hospitality, and corporate markets. He is a known author, lecturer, and presenter in many publications, prominent universities, and at major industry conferences.
This content is copyright protected

However, if you would like to share the information in this article, you may use the link below: